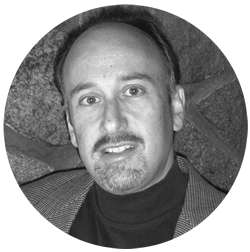 David S. Brody is a 10-time Amazon #1 Bestselling fiction writer with over half a million books sold. His children call him a “rock nerd” because of the time he spends studying ancient stone structures which he believes evidence exploration of America prior to Columbus. The author of 18 books and a graduate of Tufts University and Georgetown Law School, he has served as a Director of the New England Antiquities Research Association (NEARA) and is an avid researcher in the subject of pre-Columbus exploration of America.

He has frequently appeared as a guest expert on documentaries airing on History Channel, Travel Channel, PBS and Discovery Channel. A long-time resident of Westford, MA and native of Laconia, NH, he currently resides in Newburyport, MA with his wife, sculptor Kimberly Scott.

The first 12 books in the Templars in America series have been Amazon Kindle Top 10 Bestsellers. Eight titles have become the #1 Bestseller in their category.

Brody has made hundreds of public appearances and is available to speak to groups and clubs around New England. See below for description of his presentations.

David can be reached at dsbrody@comcast.net

“Exploration of America Before Columbus” [This is the introductory lecture]–Numerous artifacts and sites around New England offer evidence of exploration of North America before Columbus. Specifically, the artifacts seem to confirm the legend of a group of Scottish explorers, with ties to the outlawed Knights Templar, island-hopping their way across the North Atlantic in the late 1300s. Who were they, and why did they come? Well, that’s where the fun begins.

“Templars, Nazis and the Holy Grail”–The Ghent Altarpiece painting is the most stolen piece of artwork in world history. During World War II, the Nazis pilfered it, believing that the painting’s Knights Templar symbology and iconography—in particular, secret Templar seals used by the Order during medieval times—were encrypted clues leading to the Holy Grail and other lost Templar treasures. Why did the Templars choose the enigmatic symbols depicted on the seals? And do the answers help lead us to the lost Templar treasure?

“Templars, Columbus and the Vatican Cover-up”–Was Columbus using ancient Knights Templar sailing charts when crossing the Atlantic? If so, what was his true mission? Top Vatican officials, it turns out, have been wondering the same thing: A senior Vatican official in charge of a rogue Italian Masonic Lodge—who was later implicated in the assassination of Pope John Paul I—spent years searching for Templar treasures relating to these charts, believed to be hidden in New York’s Catskill Mountains. Would the Vatican waste its time searching for a treasure that did not exist?

“Freemasons and the Lost Continent of Atlantis”—Many commentators have speculated that the United States is Freemasonry’s “New Atlantis.” Is that so? To answer the question, we first need to determine whether “Old Atlantis” really existed. Compelling evidence indicates that some kind of advanced civilization thrived—and then was lost—approximately 12,000 years ago. This evidence includes the writings of Plato, ancient European cave art and ceramics, breeding and migratory patterns of eels and butterflies, burial sites on both sides of the Atlantic, and erosion patterns on the famous Sphinx. Is it possible that the Freemasons have been the keepers of the secrets of this ancient, advanced society?

“Freemasonry, Sun Worship and the Stone Chambers of New England”–Hundreds of mysterious stone chambers matching those found in the British Isles dot the landscape of New England. Most of these chambers are oriented to mark solar events such as solstices and equinoxes, indicating they were built by ancient sun worshipers visiting America. Could Masonic ritual and symbolism shed light on the identity of these ancient explorers? As Thomas Paine famously wrote, “Masonry is derived and is the remains of the religion of the ancient Druids, who, like the magi of Persia and the priests of Heliopolis in Egypt, were priests of the sun.” What did Paine know that history seems to have forgotten?

“Freemasonry and the Ancient Giants of America”—Thousands of newspaper accounts document skeletons of giant humans unearthed across the American landscape in the late 1800s. Are these giants related to the giants of the Bible? One of these Biblical giants, Nimrod, was a worshiper of the sun god, Baal. Nimrod also happened to be the first Masonic Grant Master, according to New Encyclopedia of Freemasonry. What explains this enigmatic relationship between Freemasonry and this ancient, sun-worshipping giant, and does that explanation shed light on how the ancient giants first came to America?

“Romerica”–Scores of Roman-era coins and artifacts have been found in New England and the Ohio River Valley. They didn’t just swim across on their own. Most of these seem to date back to the 2nd century AD, potentially tying them to the Jewish Bar Kokhba uprising in Jerusalem against the Romans in 130 AD. At around the same time, the Roman Ninth Legion disappeared from history. Did members of the Roman Ninth Legion, perhaps accompanied by Jewish survivors of the Bar Kokhba uprising, journey to America in the 2nd century? If so, did they bring with them the lost Temple treasures?

“The Tower and the Tempest”–Is the Newport Tower a secret portal through which the Antichrist will appear? Probably not, despite what some religious fanatics and occultists may believe. But the Tower has, intriguingly, been at the center of the occult world for many centuries. And the Tower–like other “pagan” conceptions such as the Bunker Hill Monument, the Georgia Guidestones and the layout of Washington, DC–has long been associated with Freemasonry and the Knights Templar. These associations may or may not be fair. But they are real. And they are fueling a virulent rise in anti-Masonic sentiment in modern America.

“Sheba’s Revenge”–Most people have heard the legendary stories about the bold and beautiful Queen of Sheba and her illicit affair with King Solomon. Fewer know of an alternate version in which she spurns Solomon in favor of his palace architect, Hiram Abiff. A closer look at these legends, in turn, lends support to the incendiary possibility that the ancient city of Jerusalem was located in Arabia, not Israel, calling into question the Jewish people’s claim to the Holy Land. Were the medieval Knights Templar aware of this geographic uncertainty? And could Templar treasure secreted on Nova Scotia’s Oak Island be the key to proving the truth?